More than a dozen photogrammetric software manufacturers have stepped into the world market during the last decade. Whereas it is good to have a wide choice, it is necessary to admit that from time to time, 3D reconstruction projects upset users with quality, no matter which photogrammetry software they use. There are several crucial points to know to avoid unpleasant surprises of an inadequate 3D project.

The result can be disappointing whether the 3D project failed due to the image quality or the surveyor’s personal choice based on lack of knowledge. Strolling across the articles on the photogrammetry failures, we will see several main reasons leading to a bad outcome. Either a total 3D mess on the screen to a flawed 3D model full of noise with distracting fractions of objects or a distorted spatial image, which shows no potential of being employed in any other calculative process. Time spent and money wasted on a useless result lead to distrust in the very process of photogrammetry itself and software or hardware used for the project.

For now, we would like to address the leading causes of unexpected failure or disappointments. There are several aspects to watch for:

Knowing your image processing software well helps you avoid crucial mistakes in the processing stage. Photogrammetry software makes results more accurate through such steps as GSD settings, surface smoothing, and the selection of more effective image processing algorithms. Using cloud processing instead of a desktop option or even choosing the right approach to selecting either decimation or cropping can also help. These cases are the stones on the surveyor’s path to a sleek 3D product. And in case you ignore the specifics of the material and software you work with, inaccuracies are the least you might face in your project. So, let’s have a quick look at some tips and tricks to avoid a 3D blob instead of a desired 3D masterpiece. 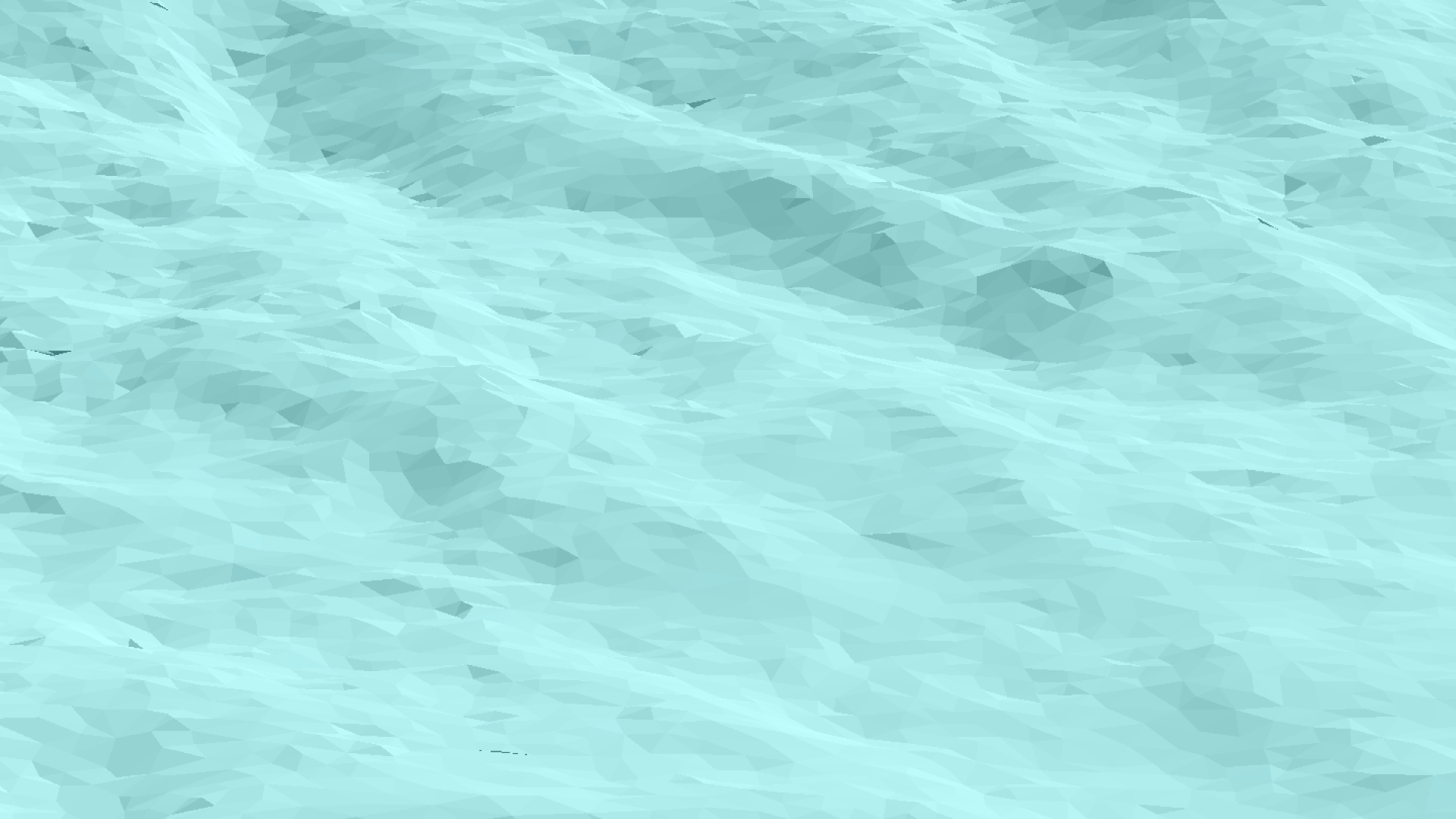 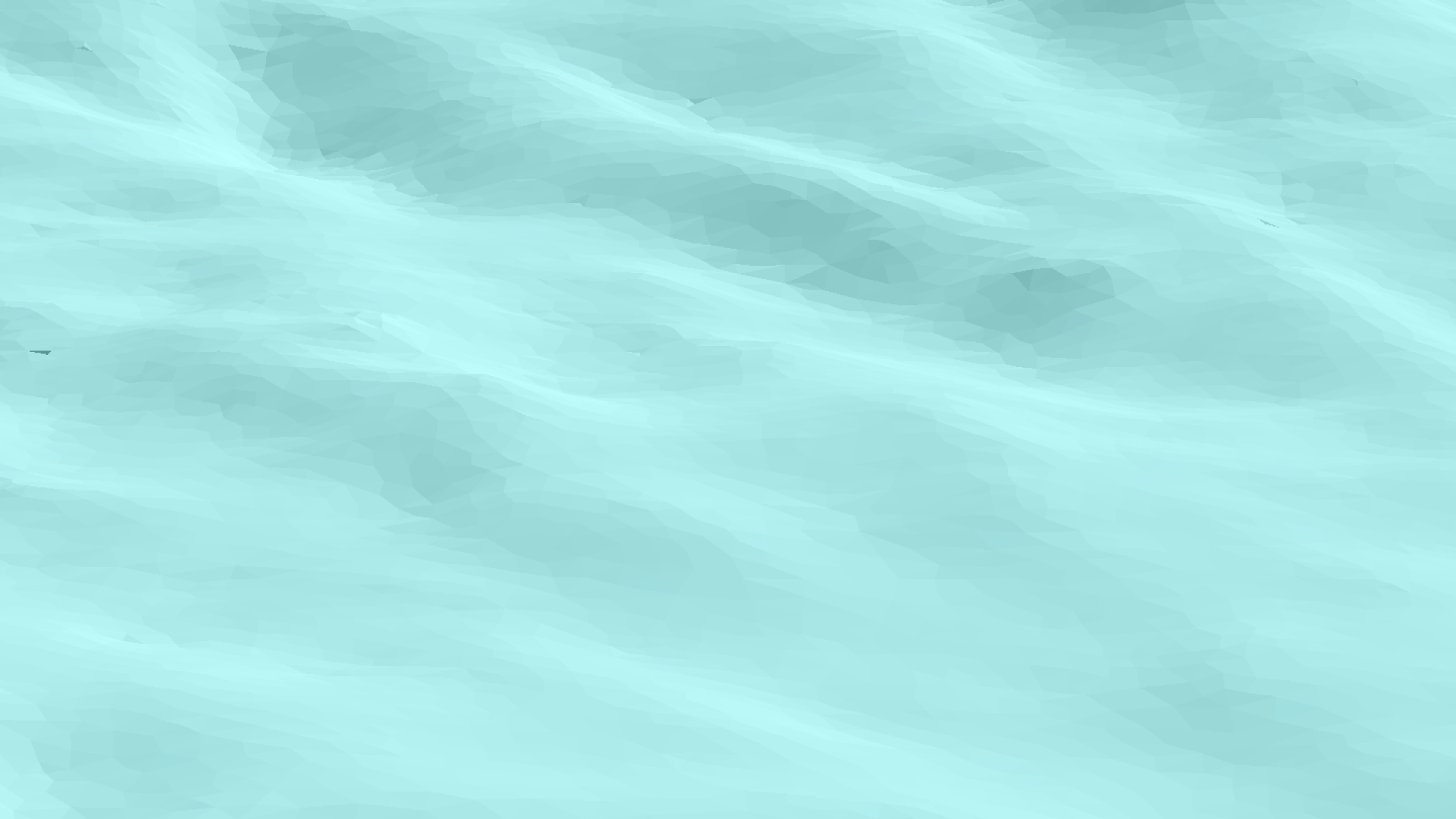 It’s not a rare case when a surveyor uses two different types of software to achieve his goals. While 3D mesh is made with one software, further calculations are performed in another. As an example, we may mention roof solar panel installation experts. The first part of a solar panel survey reconstructs the roof surface. Reconstructed 3D mesh is uploaded into the niche software for specific measurements. Sounds simple, yet there are things to note when using software of different manufacturers – for example, the amount of generated triangles in the mesh. Say, Pix-Pro produces millions of mesh triangles, but a third-party software would not be able to process large meshes. Therefore, a great solution is to select a high degree of decimation before exporting the data. This way, the highest compatibility of the outcome-input result is reached. So, a handy piece of advice is to research the importable data specifics of the third-party software for the best suitable output product in the first software.

Another unpleasant defect to mention is a stripey 3D model. One may dig deep to find the cause in the hardware or software settings. Still, the cause of this phenomenon is georeferencing data. The matter is a number of digits after the comma in the coordinate values. Problems occur when the exported file format contains accurate coordinate values, which may be too much for that specific file format or the third-party software to handle. We recommend looking at the coordinates format and the scope of numbers. Whether the software accepts the full range of digits the coordinate value provides and how the software deals with either full (float) value or truncated (double) value after the comma. In Pixpro, there is the ability to reduce coordinate values by shifting them during the export to maximize compatibility. To conclude, georeferencing may impact the 3D meshes if the coordinates are too precise and too much to handle. Keep an eye on it to avoid stripey mess. 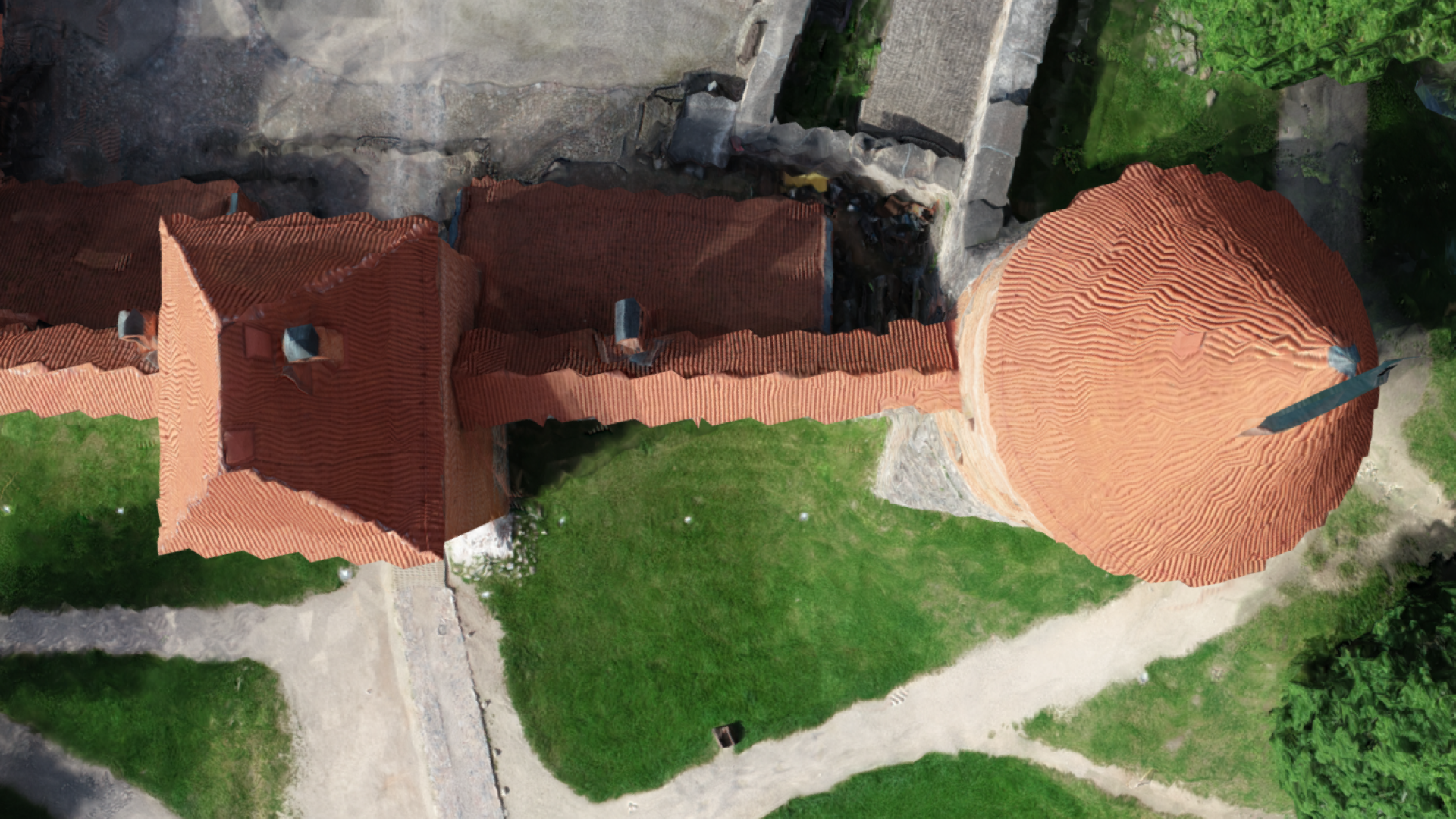 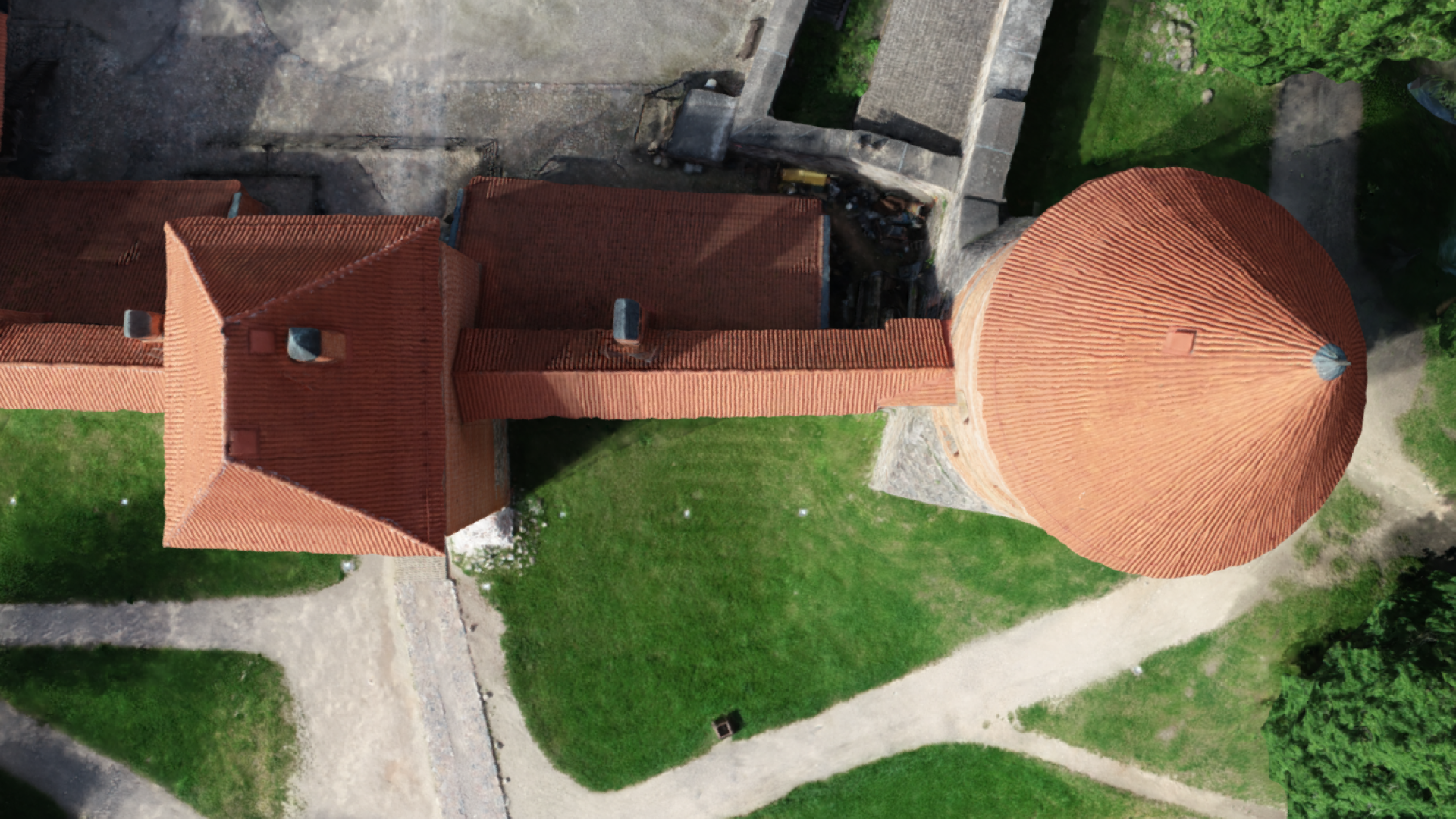 To continue with defective 3D model fragments or areas, filtering the photos is one simple yet effective way to remove the discrepancies in mesh texture or orthophoto. Some places lack color. Some areas reconstruct in poorer quality than the overall model. Shadows on the model surface lessen the reconstruction accuracy or may even infer object dimension errors. Sometimes it is enough to remove all the blurred or unclear photos from the photo set to avoid such a nuisance. For example, Pix-Pro allows deactivating unnecessary photos before the reconstruction. The surveyor can look through failed photos and deactivate them within a project. Then process the images. This way, the whole project becomes cleaner or even wholly cleansed from the unwanted noise depending on the quality and size of your photo set.

Another unwelcome surprise of reconstruction is a visibly rough dense point cloud. Noise is not a rare case for many photogrammetric software brands. Some makers deal with it by applying the surface smoothing feature by default. And others leave the choice to the user to smoothen the surface when necessary. It is important to note that not only does aesthetics play a role here. A rough point cloud may lessen the credibility of measurements and calculations. To avoid the ugly and deceptive result, the user can apply the digital elevation map (DEM) smoothing or dense point cloud smoothing in Pixpro. It might be one of the most straightforward solutions to omit the possibility of rough dense point clouds.

To sum up, for the first step into the vast area of photogrammetry fails, there are many tricks of the 3D mastery to be revealed. Different manufacturers receive different questions and solve specific issues as they turn towards their niche application fields. Failure is common in photogrammetry, and it is our duty to share solutions from experience. Thus, we shall continue touching on some most common questions and issues photogrammetry users encounter.

Using our experience in aerial photogrammetry and client support, we created the Pixpro Photogrammetry Calculator. It should help to study and execute automatic and manual photogrammetry flights. With these calculations, you will be more prepared for the upcoming flight, knowing what quality and tim

The orbital scan is the most efficient aerial manual photogrammetry flight type for relatively small objects. But if your subject falls out of the category of being relatively small, what to do then? Combining multiple types of flights can often be the answer. In this article, we will scan a larger

Photogrammetry is accessible to everyone. Nowadays, we carry a device capable of taking decent photos every day, and you only need that to create a 3D model of your own. But what about professional applications? Can you use your phone to take pictures of a stockpile and measure it with applicable ac